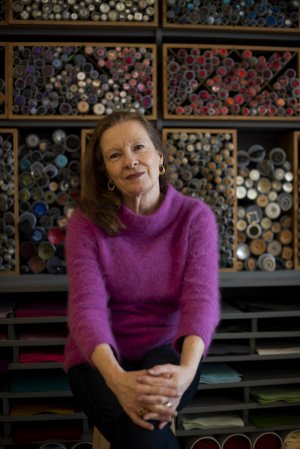 I met Mary, a strawberry blond with infectious energy, at Esther’s almost four years ago. Mary is a joy to listen to with her English accent that hints of her Scottish heritage. My son and I arrived at her home which was filled with landscape paintings, and comfortable furniture, a little bit of England in Washington. A proper English tea was laid out on the coffee table in the living room waiting for us after we chatted in her studio. 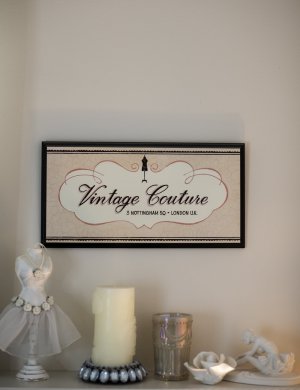 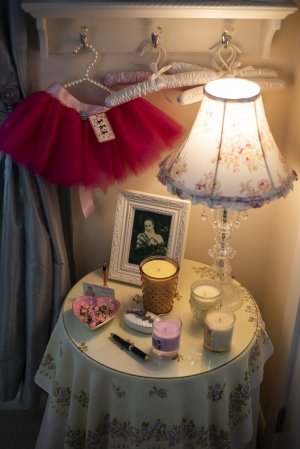 A softly lit corner of the studio, a restful and quiet place.

Mary didn’t start out sewing. She grew up in Essex, the county just northeast of London, with a Scottish mother and an English father. Mary spent her summers outside of Stirling near where William Wallace defeated the English. She attended a convent school, and then later attended the London College of Fashion and studied hair styling, although Mary said she really admired the work of the fashion students. After graduation, she went to work in the City of London. Many actors and aristocrats lived in the area during the work week and went to their country estates on weekends and holidays. Mary styled hair for many of these aristocrats and actors including Angharad Rees (the first Demelza from the 70s television version of Poldark), and Sir Peter Hall, the theater and film director who founded the Royal Shakespeare Company.

Mary left all of that in her early 20s when she met her husband, a tall, adventurous American who was sailing the world. Mary left England at 22 on a sailing adventure around the world with her new American husband. Once baby Emily arrived, her husband returned with Mary to his hometown of Seattle, calling Queen Ann home.

Like many mothers, Mary was inspired to sew by her daughter Emily. Mary had gone to Nancy’s Sewing Basket (a Seattle institution in Queen Anne that sadly closed winter 2018) many years ago when her now grown daughter was only 2 or 3. Mary was inspired by all of the beautiful fabrics she saw, so she bought a selection of fabrics and began making dresses. She loved sewing these dresses and her friends loved her dresses. So with a little encouragement she started her company Bonnie Wee Lass. Mary’s daughter is grown now, but Mary continues to make dresses and tutus with the help of a team of sewers from the Seattle area. Her dresses and tutus can be found in stores throughout the northwest and Arizona, and even on Bainbridge at Lollipop’s Children’s Boutique. You can find her on Instagram at #tutusbybonnieweelass. 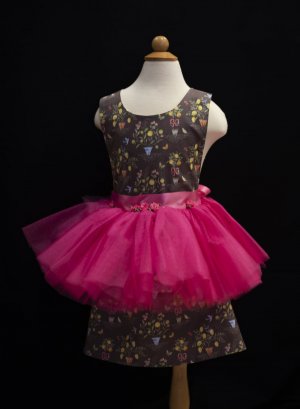 One of Mary's tutu's in hot pink tulle shown over a shop sample. 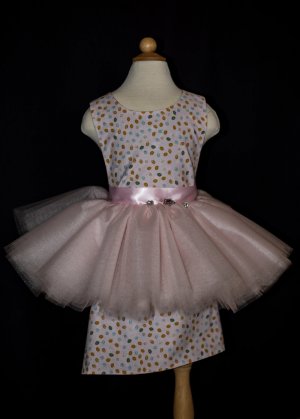 Cute little tutu in the traditional ballerina pink with a bejeweled waistband.